Top 5 Camping Recipes To Have an Absolute Blast 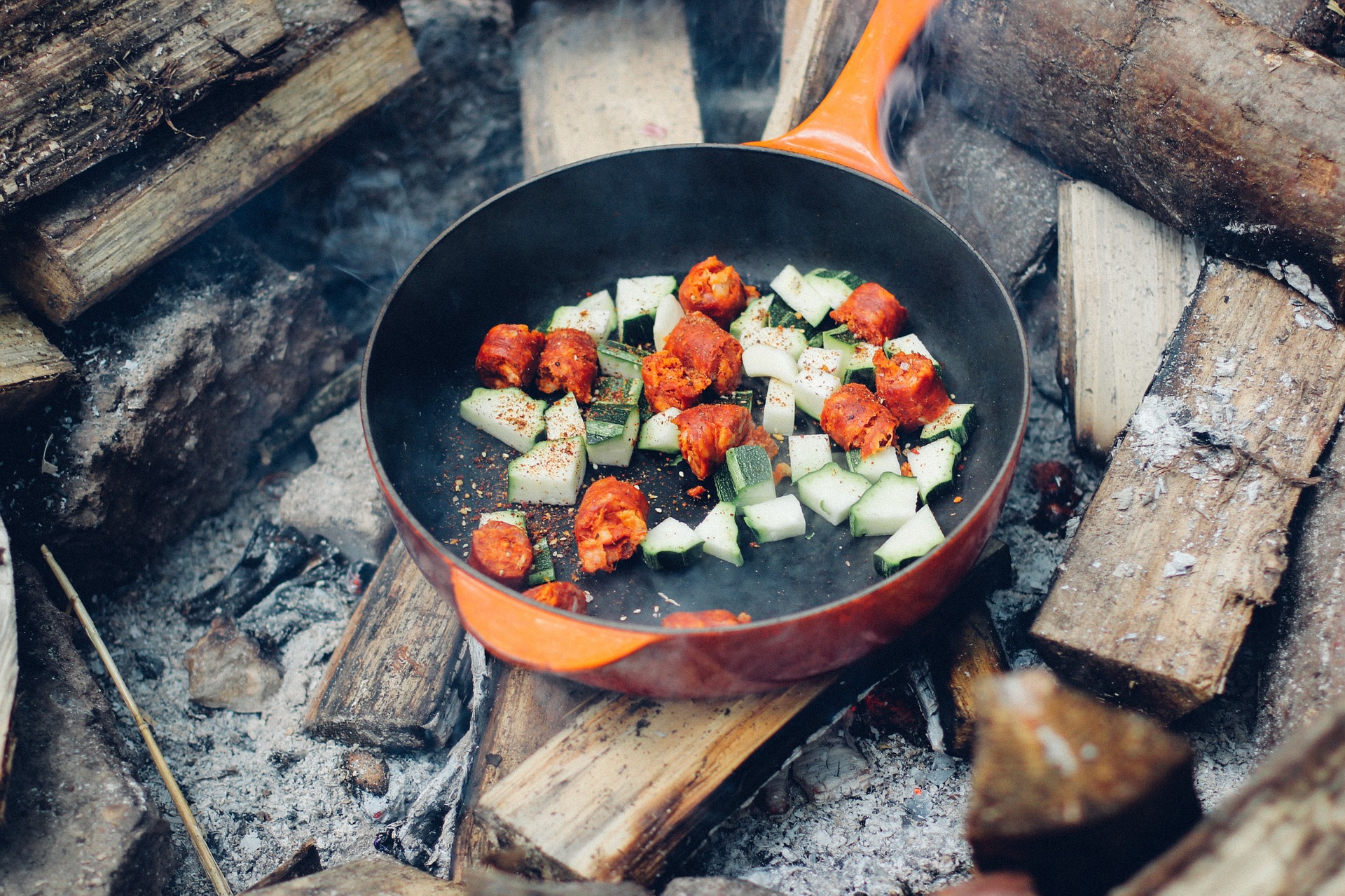 Good food and nature are the two things that come to mind whenever somebody mentions a camping trip. However, the definition of ‘good food’ varies from one person to another, and there’s a finite number of recipes you can borrow from your mom’s kitchen.

That’s why we’re going to talk about the Top 5 camping recipes with which you’ll be able to make your next camping trip an absolute success, so let’s see what’s on the menu.

While your typical Subway burritos are widely considered a one-piece lunch due to their heavy count of calories, there are easy ways to stray from the original recipe in favor of a more breakfast-like, lightweight meal.

Camping burritos require little more than a regular-sized skillet to prepare the dressing while you can prepare the pastry over the campfire for best, although somewhat unpredictable results.

As for the ingredients, you’ll need at least six eggs for a four-piece meal, a single teaspoon of butter, and two teaspoons of green chilies. Adding more eggs will soften the tortillas, but you can achieve a similar effect by using olive oil instead of butter.

The meaty parts are up to you to determine. Sliced sausages would work great taste-wise, but cubed salami may be an even better choice.

The cooking process should take approximately 15 minutes if you’ve bought pre-made tortillas; you can expect additional 5-10 minutes of work if you want to bake them on your own. Pancakes are among the fastest dishes a camper can make, not to mention among the tastiest ones if your friends have a sweet tooth. However, the traditional maple-topped, cream-filled pancakes may be too heavy for early birds, so we recommend going with fruits instead.

Now, you can save yourself a lot of time if you come with a pre-mixed batch of filling instead of preparing it on the spot. Furthermore, the cut fruit paste would take a bit less storage space if you’re also bringing an icebox, especially if you’ve opted for using bulky types, such as pineapples or bananas for example.

The preparation process isn’t too different from the way you’d normally prepare a batch of pancakes. Beat two eggs, add four teaspoons of vegetable oil and start frying on a cast-iron skillet. You can choose from a wide range of toppings to complement the flavor, although maple compliments the taste of pretty much every fruit there is.

You can serve fruity pancakes for dessert, although the eggs and fruits in the mix should give you and your companions a decent boost in terms of energy, just like any regular breakfast would. The macaroni & cheese is a classic American breakfast for teens and students who aren’t too savvy with cooking, but if you add a few camping ingredients to the pot, you’ll get a meal that resembles restaurant-made pasta, or even lasagna if you’re patient enough.

You’ll need a bag of milk, at least half a pound of grated cheese of your preference, a dozen packs of noodles (or two mac packages), a teaspoon of salted butter, and half a teaspoon of mustard powder for the base.

Essentially, start with boiling the noodles in a pot, and prepare the skillet with salted butter. Once the noodles are done, throw them onto the skillet and start adding milk. If you have another piece of cookware, by this time you should also start preparing the meat as well. Salami cubes work great, otherwise thinly sliced turkey is recommended.

As soon as the noodles start changing color, sprinkle the grated cheese evenly. Use a small spoon to add the meat and don’t stop stirring. Finally, dress the meal with mustard powder and add any toppings (mayonnaise or ketchup work the best). Nachos can be a snack if your breakfast was light and easy, or they can be a full-course meal should your camping buddies feel empty and starved. Even though this particular meal includes a variety of ingredients, it’s actually one of the simplest to make, even by the most inexperienced of chefs.

Basically, you’ll need to buy a few bags of tortilla chips; half a bag should suffice per person. The mix actually requires all the work, and you should ask your fellow campers beforehand whether they can handle spicy food (and to what extent).

Typically, nachos mix includes at least two types of peppers, along with avocado, tomatoes, and at least one spice of your choice. The veggies should be thinly diced with the exception of avocado, which should be pitted and peeled in addition to dicing.

For extra flavor, you can even add your leftover grated cheese while the mix is still hot. Once prepared, the pot is free for all to dip their tortillas in. The cooking should approximately take around 10 minutes with the bulk of this time going to preparing the vegetables.

Campfire Pizza, or commonly referred to as ‘Pizza on a log’, is a strong, calorie-packed dinner or a full-course lunch for smaller camping parties. The pastry side of pizza on a log resembles bread more than an actual pizza, sporting a much thicker crust.

Essentially, it’s recommended that you buy a ball of dough in store (not an actual premade pizza), in which way you’ll cut the time required to make this dish roughly in half. Spread the dough until its thickness and composition are to your liking, but know that it will bubble up and rise eventually.

Decorate the dough with tomato sauce, mushrooms, pepperoni slices, and mozzarella before foiling the whole dish up. Once foiled, keep it over the fire for about 15 minutes, but make sure to check it every five or so.

In comparison to regular pizzas, the campfire ‘edition’ takes slightly more time to make, although it’s also much tastier and is more reminiscent of home-cooked pastries. Additionally, you can add whatever ingredients you and your buddies want, such as bacon, onion rings, other types of cheese, and such. We hope that this brief guide was useful to you and that you’ve learned some cool new camping recipes. Make sure you are staying safe in these times we are all going through and have a good one, guys! This is a guest post by Outdoorish. More recipes and blogs can be found here.